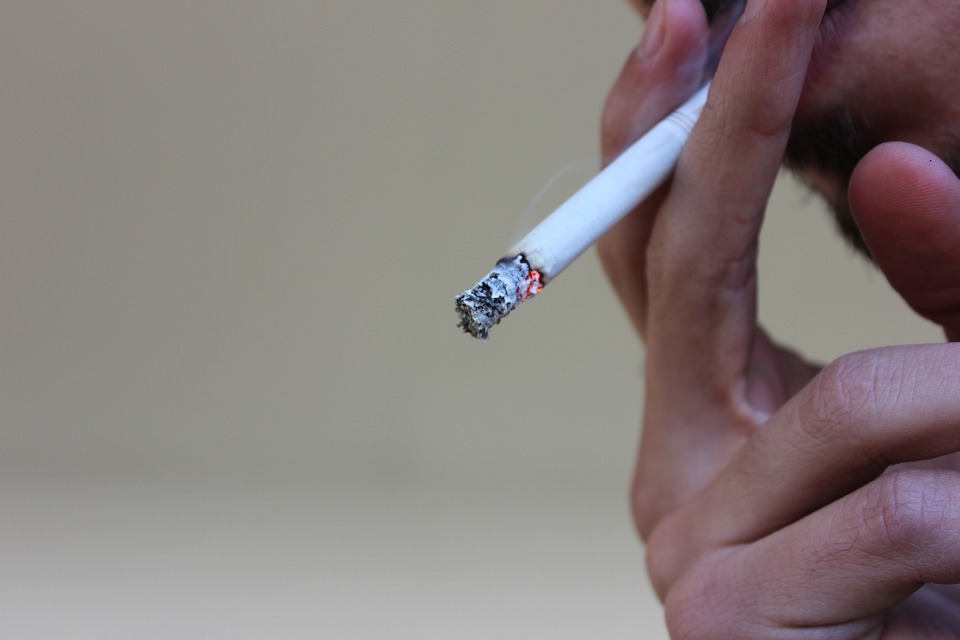 There are so many websites today offering numerous ways to quit smoking, many the same or similar, some quite different. Today the government’s 1-800-QUITNOW hotline is receiving a record number of calls. From 2004 to 2010 the total number of calls received was just under three million. So far in just this year, 2011, there have been over six hundred thousand additional calls! It is clear that more Americans than ever before are seeking some way to end their habit/addiction to smoking cigarettes, and once and for all, stop smoking.

To successfully quit smoking, to really stop smoking, one must find the right solution to their problem. Many seek to stop smoking using the nicotine patch. The theory is that if one uses the nicotine patch, and slowly withdraws from nicotine by using less and less nicotine in the patches, that in the end, the desire to smoke will be gone. The success rate for this system is woefully small (1). In fact, it is similar (or less) to just trying to quit “cold turkey”. This tells us that the desire to smoke cannot simply be found in the addiction to nicotine. Surely that is a part of the syndrome, but it cannot be all of it, or the system would be 100% successful for each and every smoker using it. But it is not. Not even close. Far less than 10%

The same is true for those who choose to use the nicotine gum. This is gum saturated with nicotine in various amounts, used to withdraw from the addiction to nicotine. But nicotine gum works no better than does the nicotine patch (2).

In fact, Kerry Packer, who was, until his death in 2005, the most wealthy man in Australia and one of the world’s multibillionaires, is reported to have paid Marshall Sylver, a world renowned hypnotist, $100,000 for a single session of hypnosis to help him quit smoking. It did not take. Kerry Packer did not stop smoking through hypnosis.

To quit smoking now, what a smoker must do is begin to deal with the core issue that drives the desire to continue to smoke cigarettes. To quit smoking through hypnosis, the hypnosis must be properly applied. It should not focus on the present, telling the subject that they will no longer desire to smoke, or that the cigarettes will begin to taste like rotten eggs, or any other such nonsense. What the hypnotist must do is focus on the past, back to the time when the subject first decided to become a smoker. That point, the exact moment that smokers, almost invariably children of no more than fourteen, often as young as ten, the children started to hypnotize themselves into becoming smokers.

It is my firm belief that every smoker, every single one, is in a state of hypnosis. They hypnotized themselves into becoming smokers, as after all, any hypnotist worth his or her salt will tell you that all hypnosis is self-hypnosis. It is not a capturing process as the old Dracula movies would suggest, but a leading process. In other words, the hypnotist leads the subject into a state of mind wherein the subject accepts and internalizes the suggestions of the hypnotist. But the hypnotist is not issuing commands, only offering suggestions that the subject may or may not choose to follow.

When someone tries to quit smoking after a decade or more after starting, they most often fail, and then believe it is because they lack the will power to overcome the addiction. Most see it as a weakness in their character. This is not true. What is true is that their inability to stop smoking by simply exerting their will is a testament to the commitment they made to themselves to become a smoker in the first place. They hypnotized themselves to start smoking, and they must reverse that hypnosis at the subconscious level to end it. To quit smoking, to stop smoking successfully and never desire to smoke again takes returning the person to the psychological state they were in before they committed to become a smoker.

I know there are those who smoke who will say, “I am not hypnotized!” But have they ever been hypnotized? Do they even know what being hypnotized feels like? Tell me this. Would anyone who is not in an altered state of consciousness (which takes them a step away from reality) knowingly take a chemically treated poison weed, wrapped in chemically treated poisonous paper, light it on fire and breath the toxic fumes from that fire as often as two hundred times per day (twenty cigarettes times ten drags from each) every day of their life for ten, twenty, thirty years or more, knowing that the end result may well be a painful, costly and prolonged death, and believe that they are experiencing some sort of “pleasure”, pay dearly to do that, and not be in a state of hypnosis?

No one starts smoking because they want to enjoy the taste of a burning cigarette. No one I have ever heard of enjoyed that first cigarette, especially after inhaling that first time. I know I didn’t. I became instantly nauseous and nearly threw up. I was dizzy and at ten years old, decided that smoking was not for me.

But four years later, after associating with three other boys my age in my new school, and dearly desiring to become a part of their “gang”, I believed I had to become a smoker as they were. I clearly remember asking myself what I call the “critical question”. I remember where I was and what I felt. The question was, “Do I really want to be a smoker?” Of course, after very little consideration, I said, “Yes!” Then I proceeded to inhale the cigarette I’d just lit, stolen from my parents stash, and got sick, waited until it passed, then did it again, until I could do it without feeling like puking. It only took a few days before I was smoking just like my new friends, blowing smoke rings and “looking cool”.

I, like almost every smoker I have interviewed over the years of my work as a smoking cessation coach, started smoking for three main reasons. They are

1) If only adults smoke and I smoke, I will appear to be more mature, more “adult-looking”. But that was true only to those younger than me. To true adults, I simply looked like a foolish little boy trying to look older.

2) My friends are doing it, and if I want to be more like my friends, I will start smoking like them. I will then be more accepted by them. I don’t truly think that they accepted me more, or would have accepted me any less had I opted not to become a smoker, but that was my thinking at the time.

3) Smoking is sexy. In the movies, I saw James Dean, Humphrey Bogart, Elizabeth Taylor and so many other sex symbols smoke and look “sexy and cool” smoking. I wanted to be like them; to be more sexually attractive. After all, John Wayne was advertising cigarettes on TV. If “The Duke” said it was the thing to do, who was I to believe otherwise. And add to that, every single adult in my family smoked. (And with the exception of my mother, who died as a result of an auto accident at 43, all died with smoking related cancers.) So smoking was simply a right of passage into adulthood in my life in the fifties.

When I finally awoke to the reality that smoking was a foolish, expensive and more than a bit anti-social thing to be doing over a decade later, I found that I could not simply stop smoking by just making that decision. I could not quit smoking using all the will power I had. I gave up trying for another five years.

But at that point, nearly thirty years old, I asked myself another critical question. This one seemed foolish, even to me at the time. But I asked it seriously of myself, and began to seek the answer. That question was: “How can I quit smoking, stop smoking forever, and still not deny myself a cigarette any time I want to smoke one?”

Eventually I did find the answer, actually many of them. I developed a process for myself wherein I could smoke every cigarette I wanted, and watched myself, step by step, day by day, week by week, lose my desire to smoke. Today I have no desire whatsoever to ever smoke another cigarette, something no one who has quit cold turkey can honestly say. I have successfully de-hypnotized myself from being a smoker. I am wide awake to what smoking is and does to the human body.

What I found out along the way was this. Smoking is not even the true problem. The problem is the desire to smoke. This desire is at the core of every smoker’s addiction. To quit smoking, to truly stop smoking forever, one must deal with that core issue. One must lose the desire to smoke. Then the cigarettes will be gone for good.

We cannot change the past, but we can change the way we remember it and how those memories affect our lives today.

To quit smoking, you need not try to focus on the symptom of your problem, the smoking. To stop smoking, you must work on the core issue driving that symptom, the desire to smoke. Once you remove that incredibly strong hypnotic suggestion you have implanted in your psyche so many years ago, the symptom, smoking, will be gone forever.

Don’t you want that?

Mark Whalen was certified as a Master Hypnotist by Dr. John Kapas at Hypnosis Motivation Institute in Los Angeles, CA in 1974. At that time he joined the American Hypnosis Association and also AFL-CIO affiliated Hypnotists’ Union 472.

Currently, Mark is the author of the Internationally Best Selling book, “How to Quit Smoking Without Willpower or Struggle”, which he sells online through his website, http://www.QuitSmoking4Ever.com.

Mark’s blog can be found at [http://www.QuitSmokingWithoutWillpower.com]

Find out more or adjust your settings.

This website uses cookies so that we can provide you with the best user experience possible. Cookie information is stored in your browser and performs functions such as recognising you when you return to our website and helping our team to understand which sections of the website you find most interesting and useful.

Strictly Necessary Cookie should be enabled at all times so that we can save your preferences for cookie settings.

If you disable this cookie, we will not be able to save your preferences. This means that every time you visit this website you will need to enable or disable cookies again.